Back To Main Site >> 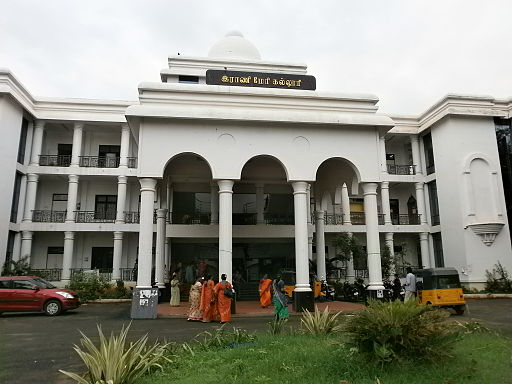 Queen Mary’s College, a pioneer institution in the task of empowering women through education was started in 1914 by the British government as the Madras College for women. With a modest intake of 33 women students at the time of its inception, it has over the 100 years of its existence, grown phenomenally from an intermediate to a tertiary level institution and on to a full-fledged esteemed institution. Today it caters to over 4000 students. A premier institution dedicated to the cause of women’s education, the college was re-accredited with the highest grade “A” by NAAC in 2015. To foster academic excellence and to promote overall development in women, the college has 23 departments including M.Phil and Ph.D. The college caters to the needs of the students particularly those from economically and socially weaker sections.

The Department of Economics is one of the founding departments of the college. The department began its journey as an undergraduate programme in the year 1914.  In order to meet the growing demand of the student community, evening college was also introduced from the year 1967. Post Graduate, M.Phil and Ph.D were added in the years 1980, 1993 and 2015 respectively. To cater to the needs of the students, shift II classes was started in the year 2007. Conferences, seminars and workshops are organised regularly by the department to enhance the learning and teaching experience.